Mark and I love a holiday, always have and always will probably. Especially if we go abroad, and we were desperate to take Grayson abroad this year but it just wasn’t feasible currently, so after the wedding we decided to look at booking a week in Centre Parcs.

After looking at the different Centre Parcs, we decided to go for Sherwood Forest as it’s far enough away that we aren’t near home, and it still feels like a holida, yet it’s not too far to travel (it took us an around 3 hours). We booked a lodge for Monday-Friday and didn’t book anything in (event wise) as we said we’d decide what to do when we arrived.

When we arrived on the Monday we unpacked the food shop we’d done before arriving and all of our belongings out of the car, and decided to stay in that evening for food, after we’d gone for a little explore of course! Centre Parcs really is a lovely place to just walk around at with no real aim.

Grayson has started walking properly in the last month or so and this was the perfect opportunity for him to really get the hang of it! 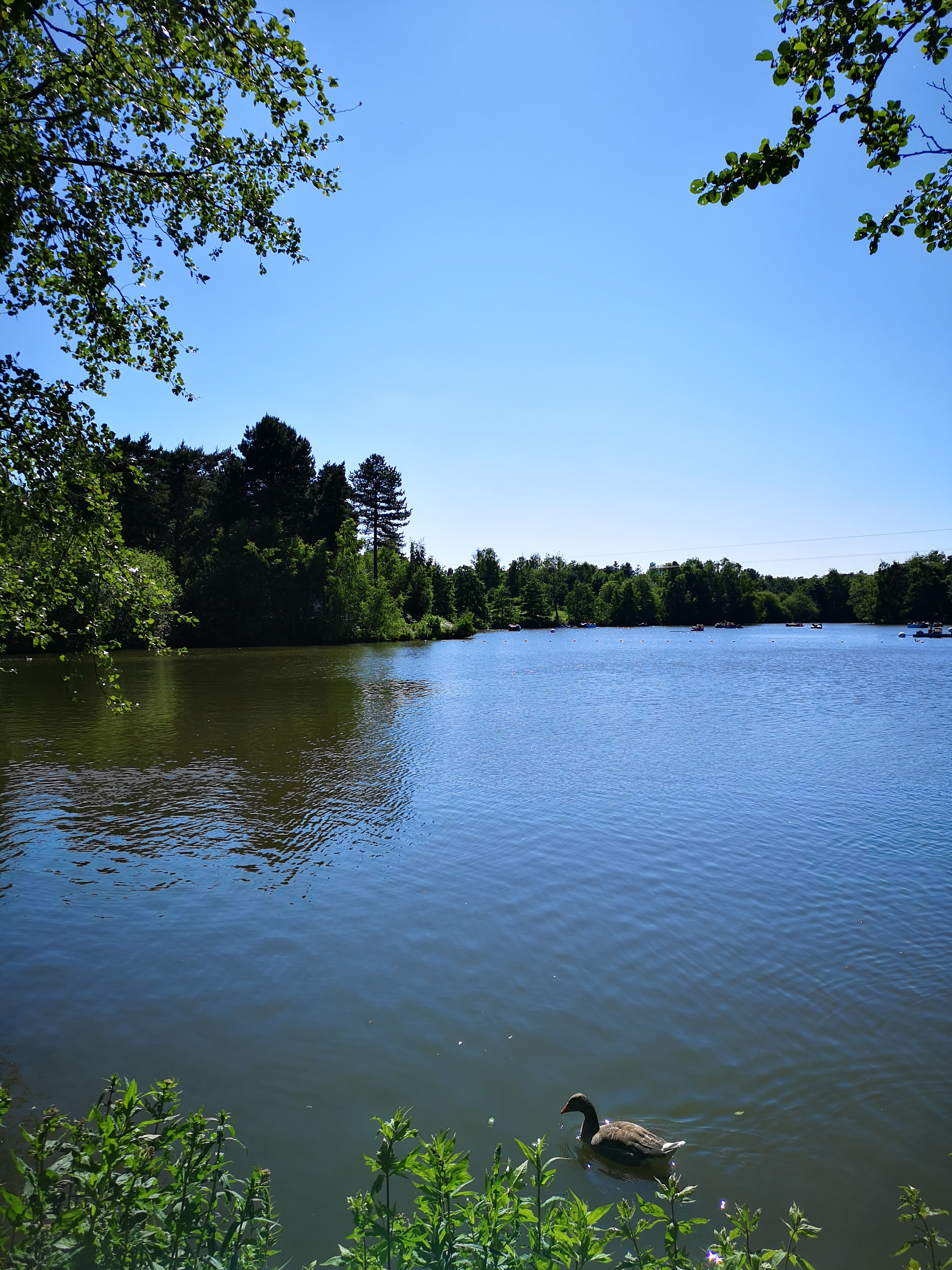 Mark and I are National Trust members, and Mark’s parents were actually on holiday near by, so on the Tuesday we met up and went to a beautiful Manor near by. It was a shame the weather was so bad because it had some stunning land surrounding it.

Once we arrived back at the lodge, we decided to go out swimming before our dinner, in the hopes of tiring Grayson out (it worked, thank god). After swimming, we headed to Cafe Rouge for our dinner. We’ve both eaten at Cafe rouge before and it’s what you’d expect really. The food is nice, but they did seriously under cook both mine and Mark’s steak, so much so that I physically couldn’t finish mine, but their kids meal deal for 3 courses and a drink was amazing and Grayson loved it, so there was definitely pros and cons to it!

The third day, unfortunately the weather still wasn’t great but it wasn’t raining so that was a bonus! We’d booked for Grayson to go on a baby bike balance course that morning, but unfortunately I think Grayson is like me and isn’t one for socialising that early in the morning (it was 8:45, but still). So we left and went to soft play instead which he was much happier with, as no one was around that early. 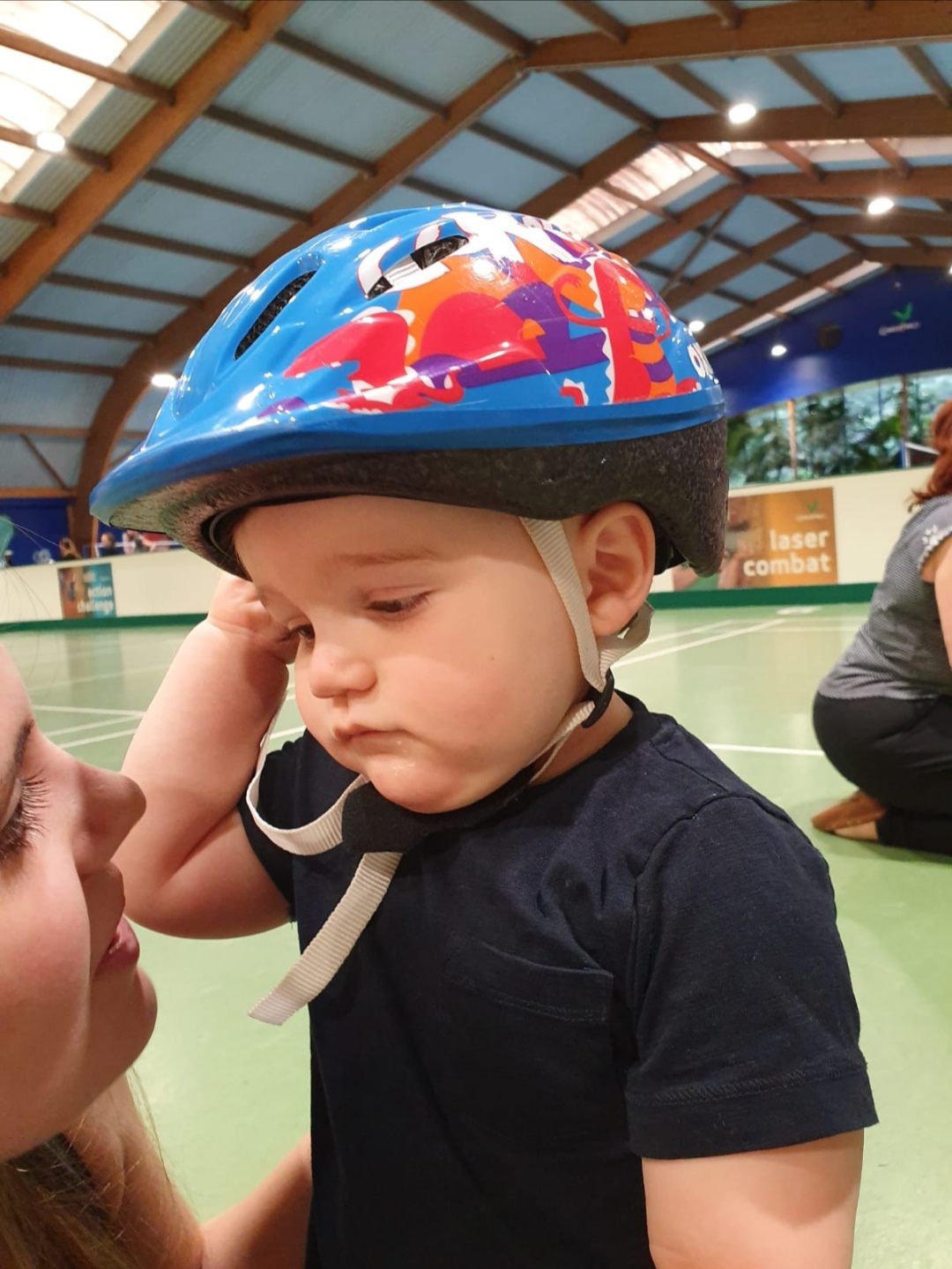 We ended up deciding to take Grayson to a local theme park specifically for 0-5 year olds. It was absolutely dead, so Grayson got to walk to his hearts content and we didn’t have to worry about him getting in the way of other people.

We actually took him on a carousel at the park, and it was so quick that I think Grayson wasn’t really sure what the hell was going on bless him! We then did the same of heading back, going swimming and getting food – this time we decided to eat back at the lodge though as we were all shattered (we got an Indian and I’m still not over how mediocre it was).

Our last full day was the Thursday, and, thank god, the sun had finally come out!! A few days prior I’d found a Manor and garden that was literally a few minutes drive from us, so we decided to go there after breakfast for a walk around and a play and it was absolutely glorious.
Grayson and I also shared some fabulous ice cream, so we were quite happy. After heading back to the lodge and going swimming again (obvs), we made our way for to the restaurant for food and honestly it really wasn’t very good. Both Mark and I said how our burgers weren’t that nice, I said I’d rather have had a McDonald’s because it just wasn’t nice and Grayson only had a few mouthfuls of his. So we just decided to head back to the lodge after this as Grayson was shattered and wasn’t feeling very well. We then just had a very chilled night in the lodge. 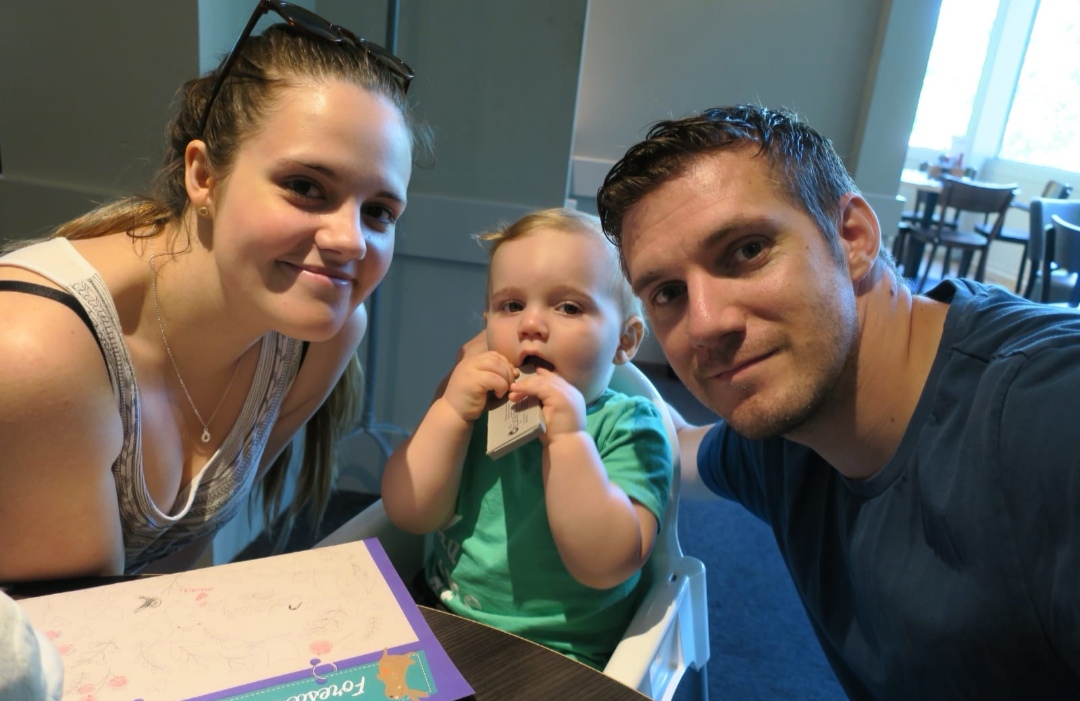 We loved our little family holiday, and had such a lovely time. It was a shame about the weather, but these things happen! I also think, I wouldn’t consider taking Grayson to Centre Parcs again until he is a bit older, as although he loved walking around and seeing all the wildlife, there isn’t a huge amount for children as young as him. But it was the perfect first holiday for us as a family of 3!

1 thought on “Our Centre Parcs holiday.”

How your body image changes after having a baby.

Going back to work after having a baby.