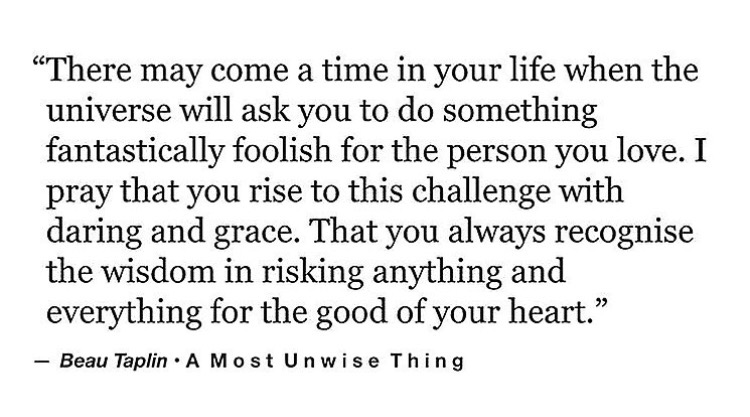 After Mark and I had ‘officially’ been together a month or so, he was approached by an old work colleague, and discussions were had about an opening that had arisen. Mark was very excited by this, and I also encouraged him as I knew it would be something that he would enjoy. However, it was made clear that actually Mark would need to relocate from Norwich to Liverpool in order to do the job, as remote working wouldn’t be possible.

This was obviously a huge decision that Mark needed to make, but before he even considered any of the details, he turned to me and said “I’m not going without you, and I’m not trying to make you feel guilty if you don’t want to go, but wherever you are is where I’ll be”.

So as such, it was down to me!

Now a bit of background for you all – I was born in Liverpool, half of my family are from Liverpool and it’s one of my favourite places in the UK.

At my home in Suffolk I had my immediate family but not much else. I had, however, just started a new job which I absolutely loved and had moved to a house. I had also (through this job and house share) made so many new friends.

So it was a HUGE decision.

After sitting down and thinking about it logically, I knew that I was leaving the job and the house for the right reason and that any true friends would not judge me for my choice, but support me on my adventure. I needed change and I needed to do what would make me happy. So I made my decision and told Mark, if he wanted to take the job, then I’d be right there with him.
Now, some of you reading this are probably thinking “wow, relocating your whole life for the sake of a relationship that has only just begun seems a bit risky” and a year ago, I would have probably agreed with you.

However, before Mark and I ‘officially’ were in a relationship we had actually been seeing each other (not exclusively) for some time. I believe that time isn’t a factor of how much you love someone and I truly believe that myself and Mark will spend the rest of our lives together – so I didn’t even consider how long we had been together as an issue.

After Mark had received all the details of the new job, we sat down and looked at all the information and I could already see that Mark really loved the sound of the job, and it would clearly be something that he would be good at, so he accepted the role.

So now was where things got real – we both went to our (current) work places and handed in our resignations, 4 weeks notice. My work especially were absolutely amazing about it all. I had only worked there a few months, but I loved everyone there and I was genuinely gutted to be leaving.

We then both handed in our notices for our houses, at the time I was in a house share in Ipswich and Mark had a flat in Norwich. Lastly we had to break the news to all our family and friends – who were all shocked, but very very happy for us.

This was just the beginning though, Mark was asked if he could start his new job in late march, which we said would be fine. Only thing being that we didn’t actually have anywhere to live…..So we made the decision to go up to Liverpool for Valentines day as a treat, but to also find a house. That weekend we drove 12+ hours over 3 days, looked at 7 different properties with 3 different estate agents and eventually settled on a brand new house, slightly outside of the city centre.

We had a move in date for the beginning of March, which would give us plenty of time to get to know the area and unpack and chill before Mark started work.

Our initial plan was to move absolutely EVERYTHING in one weekend, drive up in the van and have Mark’s parents drive his car up. However, the more we thought about this and the cost of the van, diesel, the cat etc we both agreed that it would just be too much trouble. Instead we would drive the majority of our stuff up on the first weekend of March in a van, unpack and get everything done. Then go back to Norfolk / Suffolk, work our last week and take everything else up (including Kenny the cat) the next weekend in the car.

As you can probably imagine, this was stupidly tiring. We basically felt like walking corpses for at least 2 weeks (there’s actually an extremely unflattering photo of me on Facebook from when we were driving back in the van).

Even though we were both very tired, we did really well and managed to unpack and build basically everything on the Saturday so that when we came the next weekend, there wasn’t really anything to worry about.

Come the next weekend, we were both excited to not have to do a long haul drive for another few weeks. This was the weekend we took Kenny up, and he was the most well behaved little cat I’ve ever seen. He meowed and fussed for all of about 30 minutes and then fell asleep and didn’t wake up until we were in Liverpool – perfect pet right there! 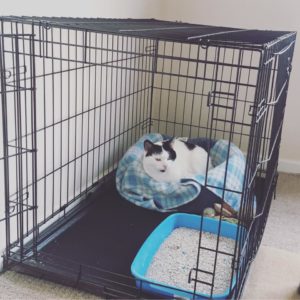 We then spent the next few weeks making our house a home, and getting to know the area until Mark started at work. We’ve now been living in Liverpool for over a month, and we both absolutely love it. We don’t know if we’ll stay here forever, but for now, we’re happy and that’s what counts.

If you have the option to relocate or you’re considering it, then I’d say do it. If it goes wrong you can always come back, but it’s better to do something and learn then to not and regret. 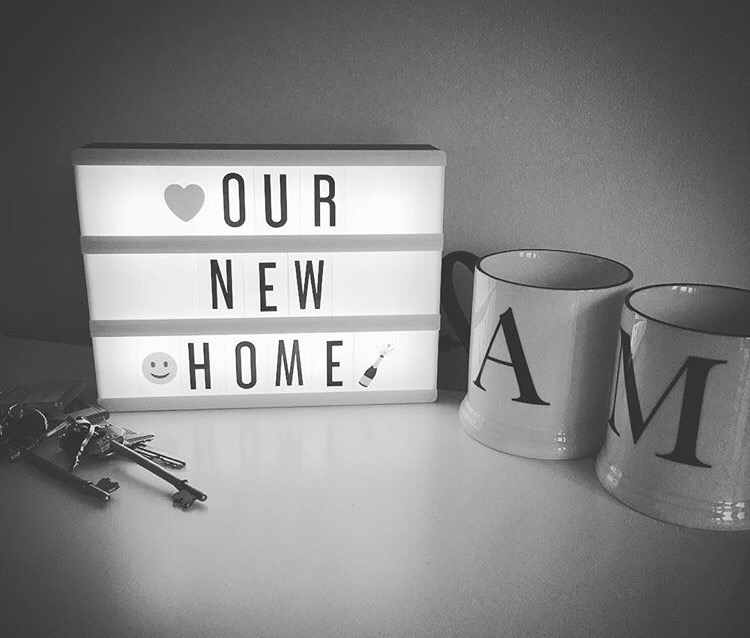