The Wedding Series – The big day.

Here’s the biggest post in this series in terms of words AND pictures, so I apologise in advance if you die from boredom.

Mark and I had been planning our wedding for just under 2 years and it seemed so long away, and then suddenly it was the day before! On the Friday morning we went to Asda as soon as it opened and bought all the flowers we wanted for the wedding tables (we didn’t want to spend hundreds on flowers) and also any bits and pieces we both needed for that night or the morning of the wedding as we were staying at different places.

We already had the bouquets and buttonholes as I’d found a company on etsy that specialised in dried flowers and they were perfect. 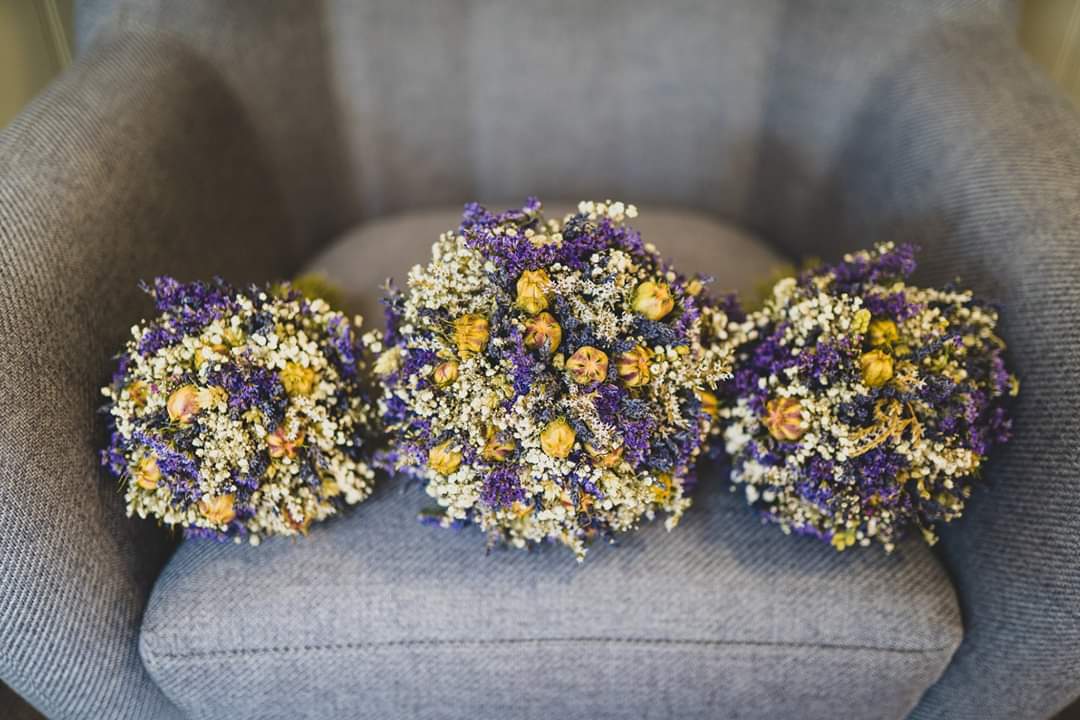 Once we got back home we double checked that we had packed everything and then drove from our house to Applewood Hall, as we had access the whole of Friday to set up our table decorations and anything else we needed to do.

Kiera and her team had already done the table cloths and chair sashes for us and set up the cutlery so it was just down to us to do the finishing touches; and I’m so happy with how it looked! 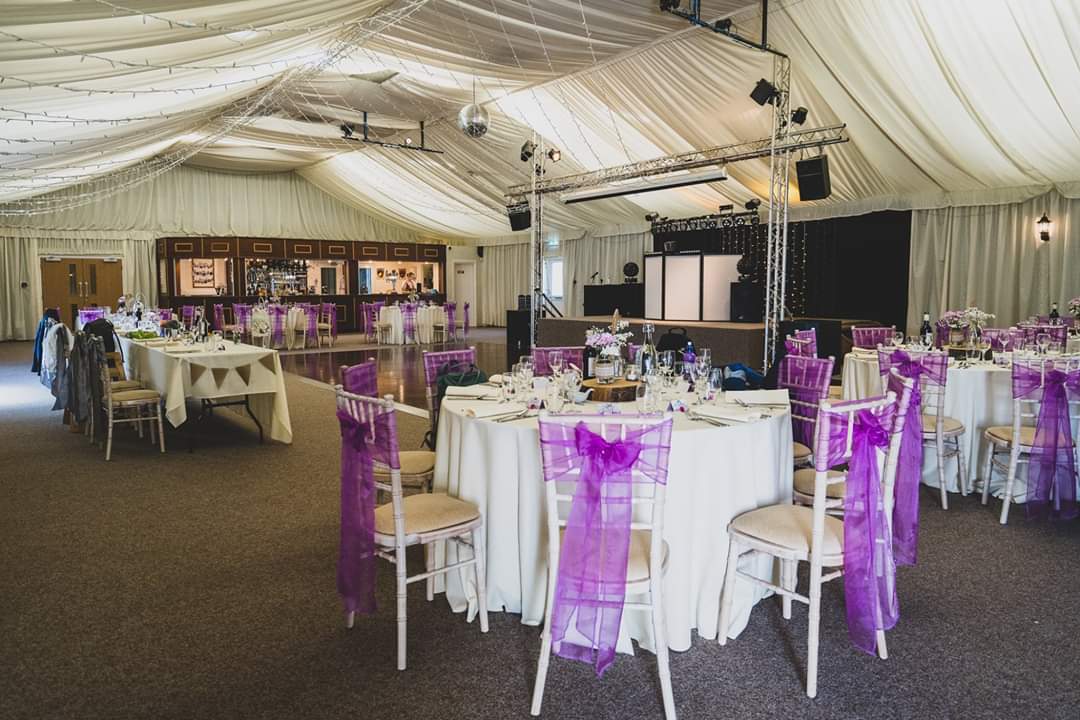 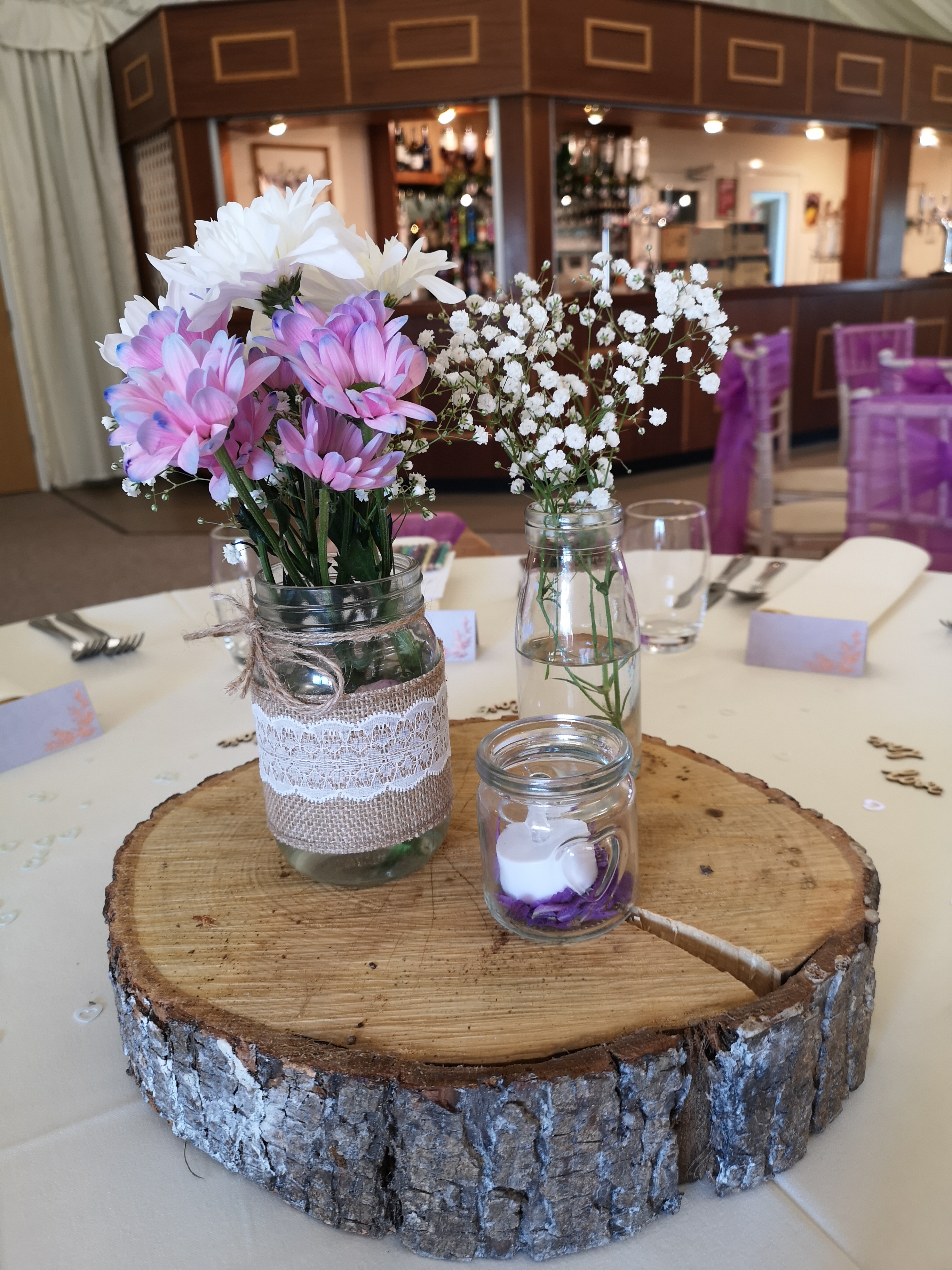 Once we were done at the venue, Mark dropped my mum and I at the hotel we were staying at and I said goodbye to him and Grayson. We were later met by my sister (and Bridesmaid) and my best friend (and Maid of Honour), and had a pretty chilled night. We had a meal and then practiced walking down the aisle in the hallway, haha!

I was sharing a room with my mum and my sister and none of us could sleep, I remember my sister whispering to my mum at around 3am

and then I went

I think we all realised by then we weren’t going to get any sleep.

At 7am on the Saturday, my lovely hair and makeup lady Lucy turned up and got cracking on all of us. I’d recommend Lucy to absolutely everyone, she is so lovely and just feels like she’s part of the gang (she also took me from a 4 to a 10), she is a miracle worker! 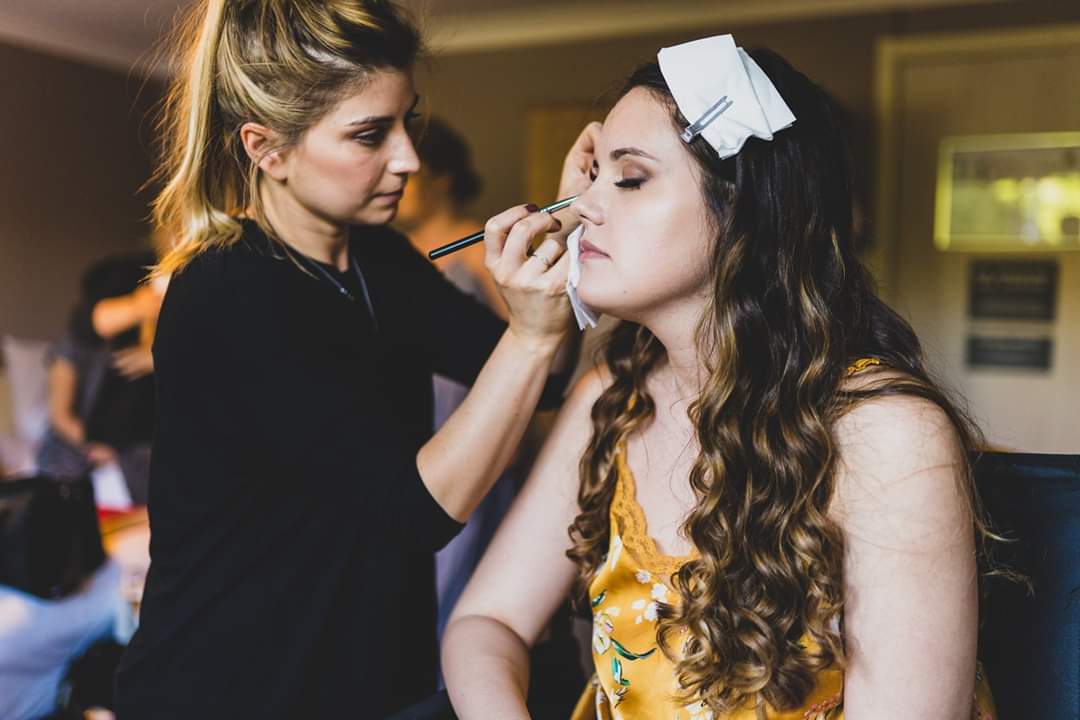 I’m not going to lie, I was getting nervous at this point and my poor sister thought I was getting cold feet! But as I explained to her, this was something we’d been planning for so long and its so nerve-wracking to see if everything goes to plan!

The only real blip I had on the day was when our transport turned up and said he was told he was only taking me, and not my mum or bridesmaids. I was very close to hulk smashing the car in my wedding dress, but thankfully my sister told him he was wrong and whether he liked it or not, he was taking us all.

I think Mark had to deal with the worst of it, as it was a very hot day and Grayson decided that in fact he didn’t want to be in a suit or around people that day. But they both still looked very handsome! 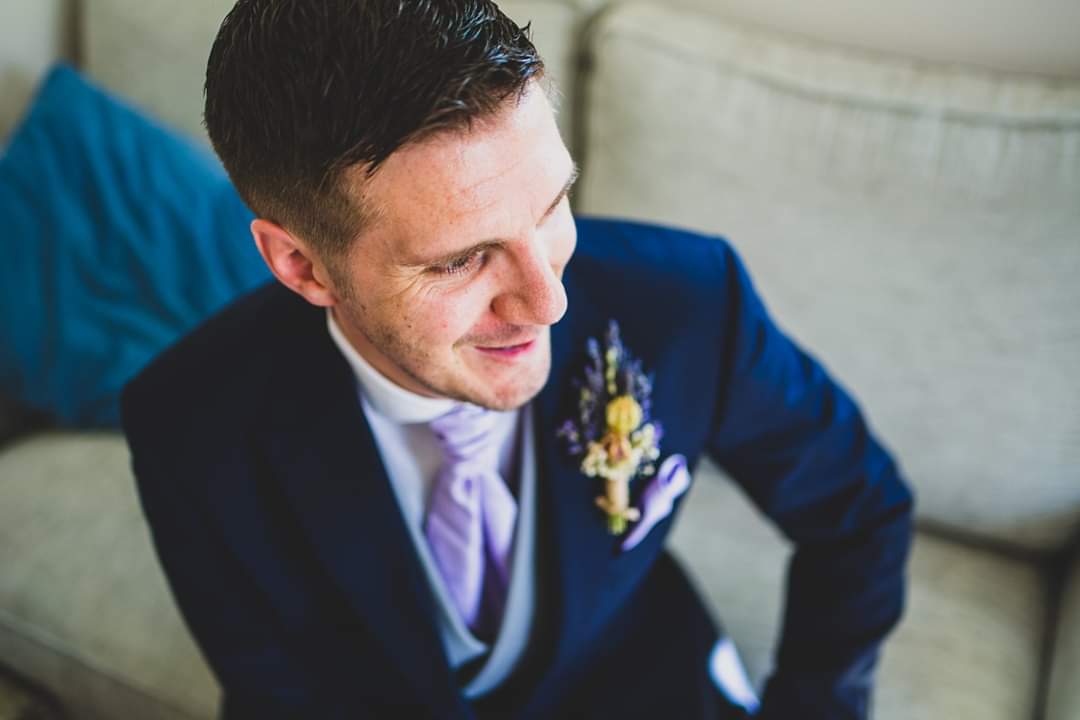 When we arrived at the venue I started to get quite emotional, Ryan told me I looked beautiful when we turned up and I nearly burst into tears, but I kept them back thankfully. 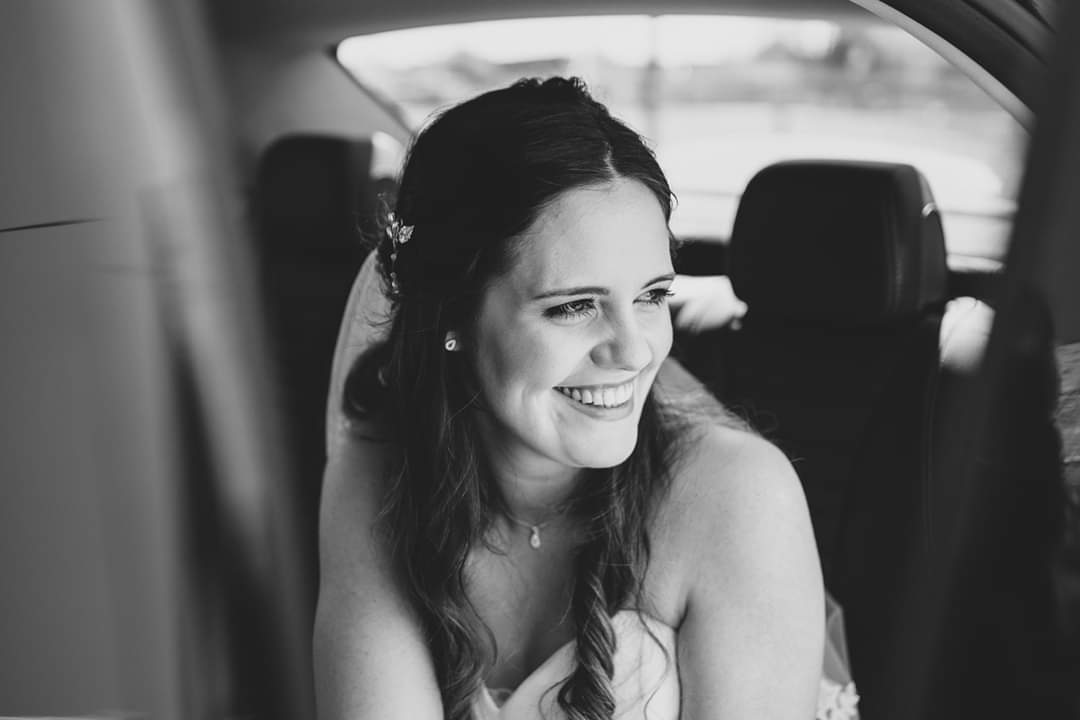 Then it was time for the real fun to begin. The ceremony began, and as soon as I saw Mark I burst into tears, just because I was so happy and emotional. Mark was emotional, but definitely did a much better job at keeping it together than I did.

Our ceremony was short and sweet, and we had one short reading from our sister in law which was lovely (even though Grayson decided to cry and scream throughout the whole of it). 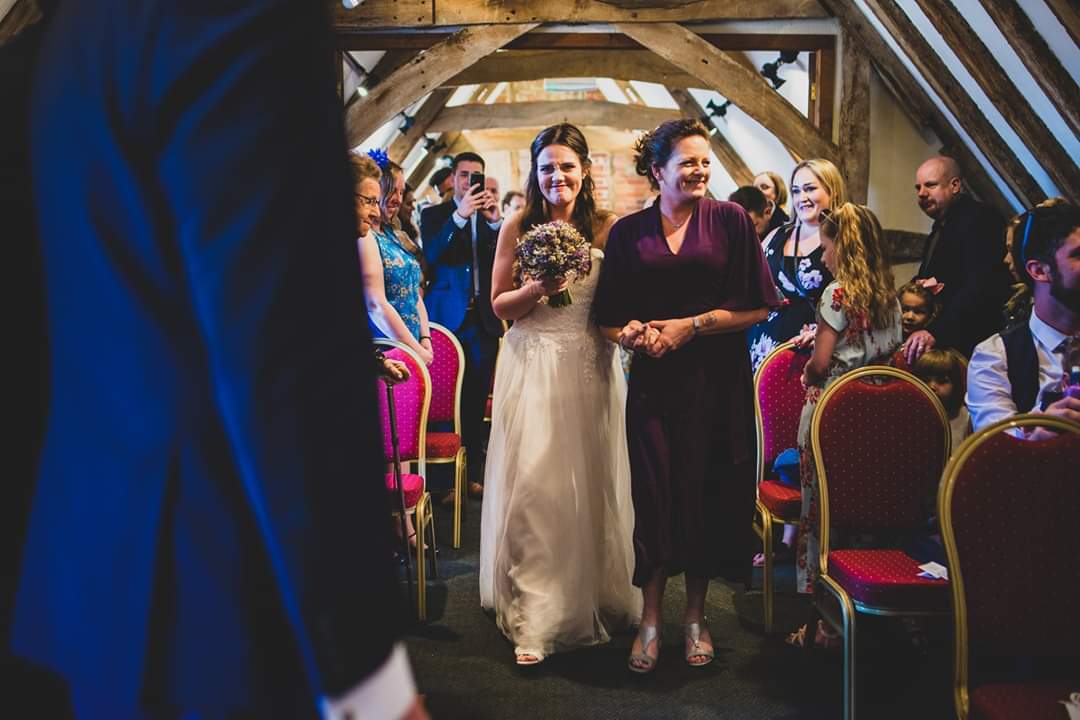 Once we were finally married everyone made their way over to the reception room and garden- which was a 2 minute walk from the ceremony room.

This gave Mark and I some time to ourselves, and gave Ryan some time to capture our first moments as husband and wife! 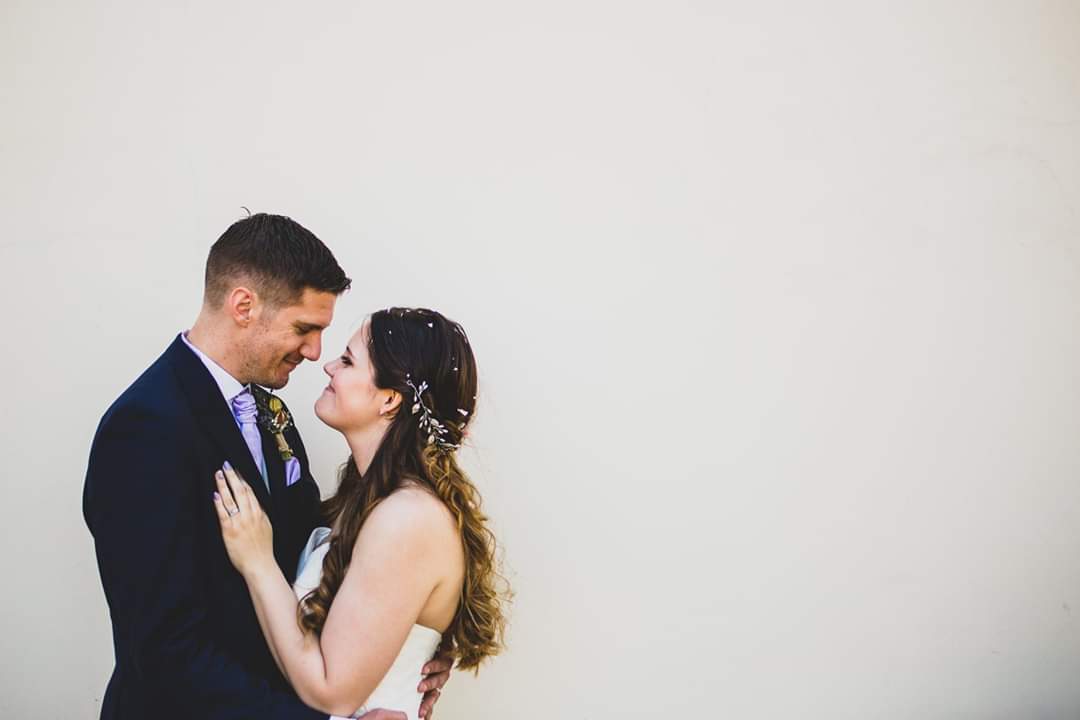 We then headed over to see all our guests and change Grayson’s bum, (because you don’t stop being a parent on your wedding day!) It was around this time that we got the few staged photos that we’d asked for and then everyone slowly started to filter in to the hall for the wedding breakfast and the speeches.

The food was absolutely lovely, I didn’t eat a huge amount as I wasn’t very hungry and was still on a bit of a high, but what I did have was amazing. Grayson clearly thought so too, as he put his fist through my dessert when I went for the toilet.

Then it was time for the speeches: we just had Mark and his Best Man doing speeches but they were both brilliant, and obviously Mark’s made me cry again because I was the physical embodiment of a leaky tap that day. 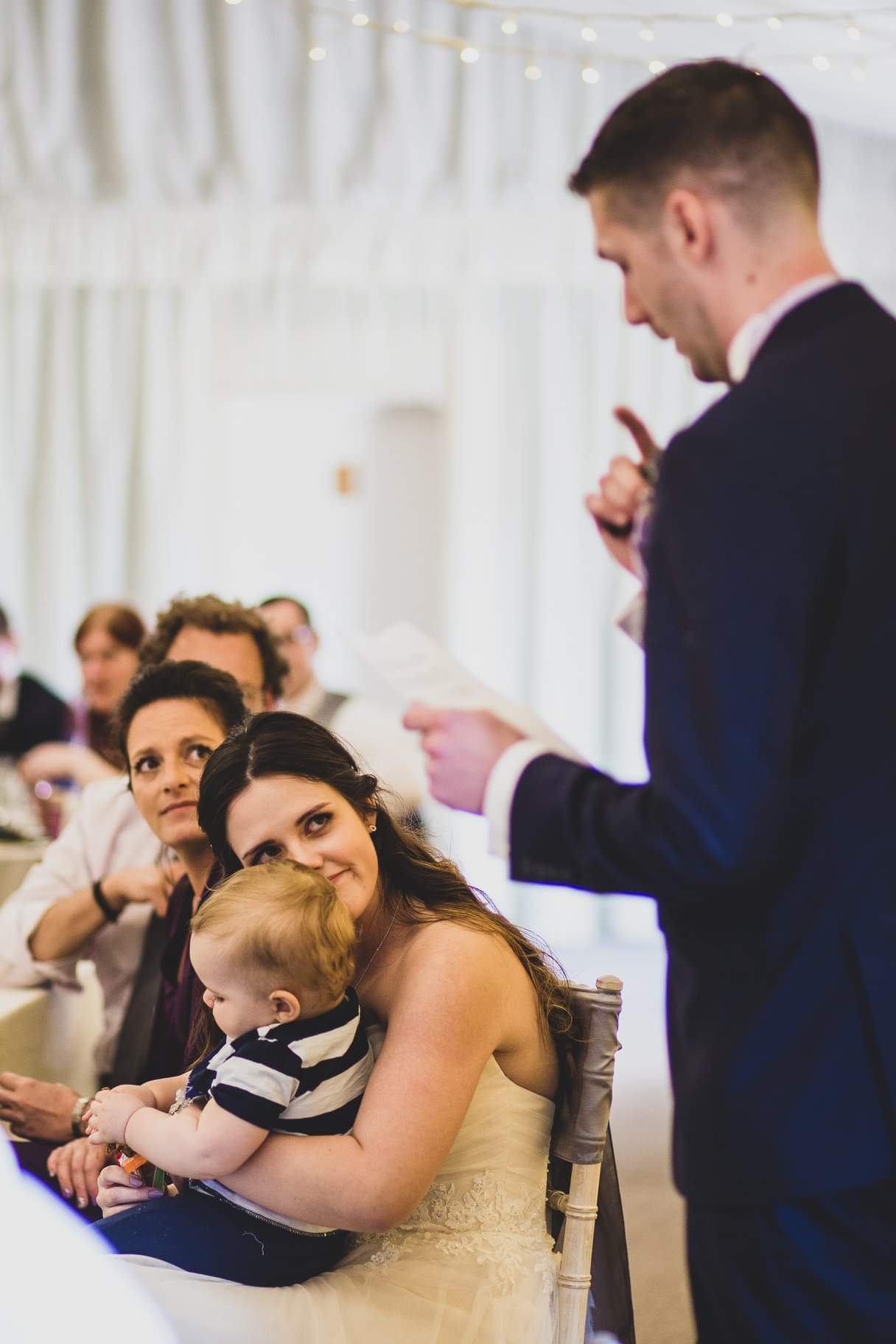 After the wedding breakfast, we just let the guests do their own thing. The kids had activities on the tables to play with and the weather was incredible that day, so a lot of people just sat outside enjoying the sun!

At this point Ryan took us off with the groomsmen and the bridesmaids to get a few pictures, which were definitely entertaining. Then we went off again for a while by ourselves with Ryan and got some of my favourite photos ever! 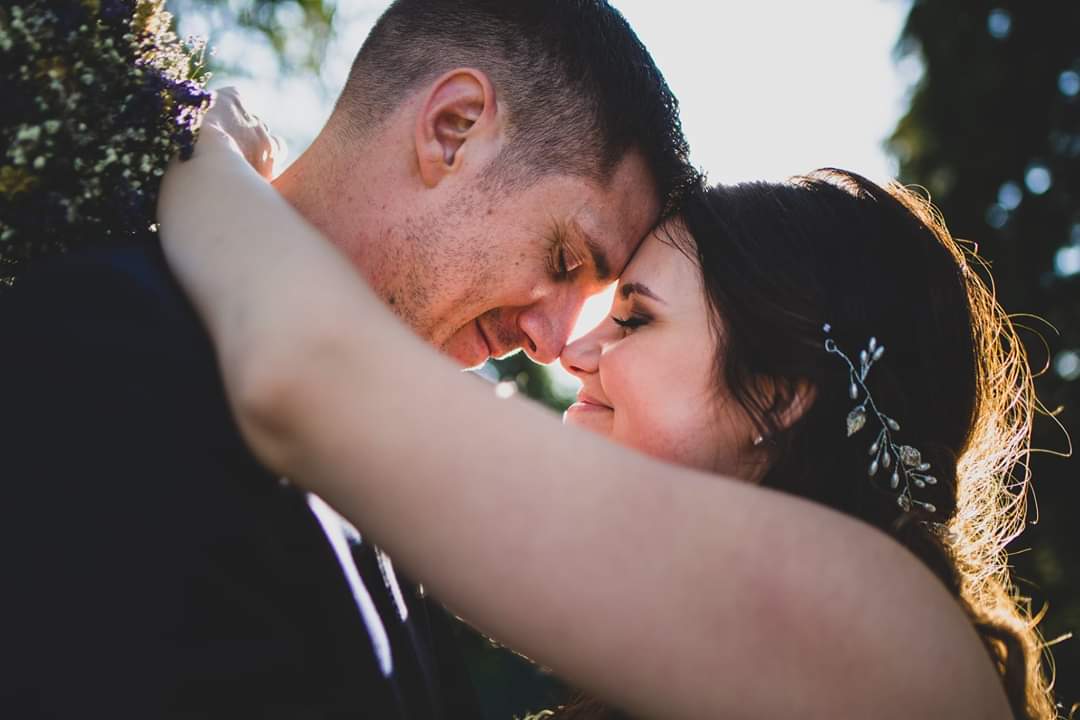 Once we got back, we changed Grayson into his pj’s and I gave him his bottle which I loved. Sitting watching everyone have fun with my baby boy was definitely a highlight. He then left with my mum and stepdad as he was so tired and we didn’t want to take him out of his routine too much. 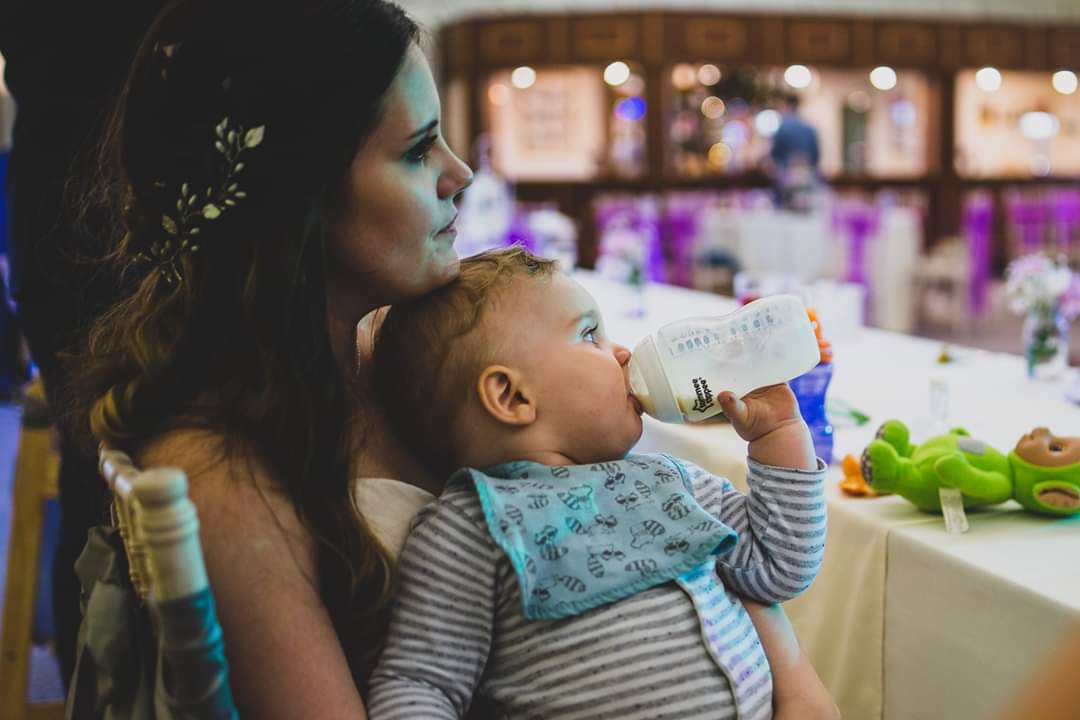 Pretty much after this we then had to cut the cake and have our first dance. The cake was actually made by my mum as a wedding gift and it was AMAZING, she really outdid herself with it.

We then had the first dance, which was lovely, but unfortunately the DJ messed it up and it all went a bit wrong, but thankfully we just laughed about it! 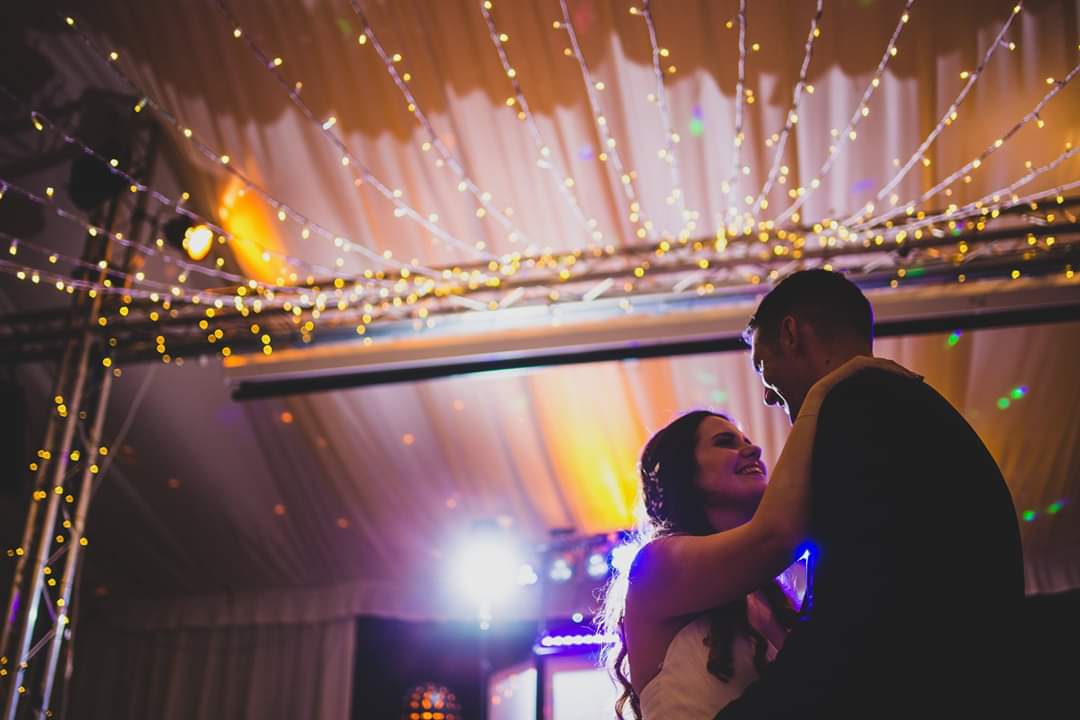 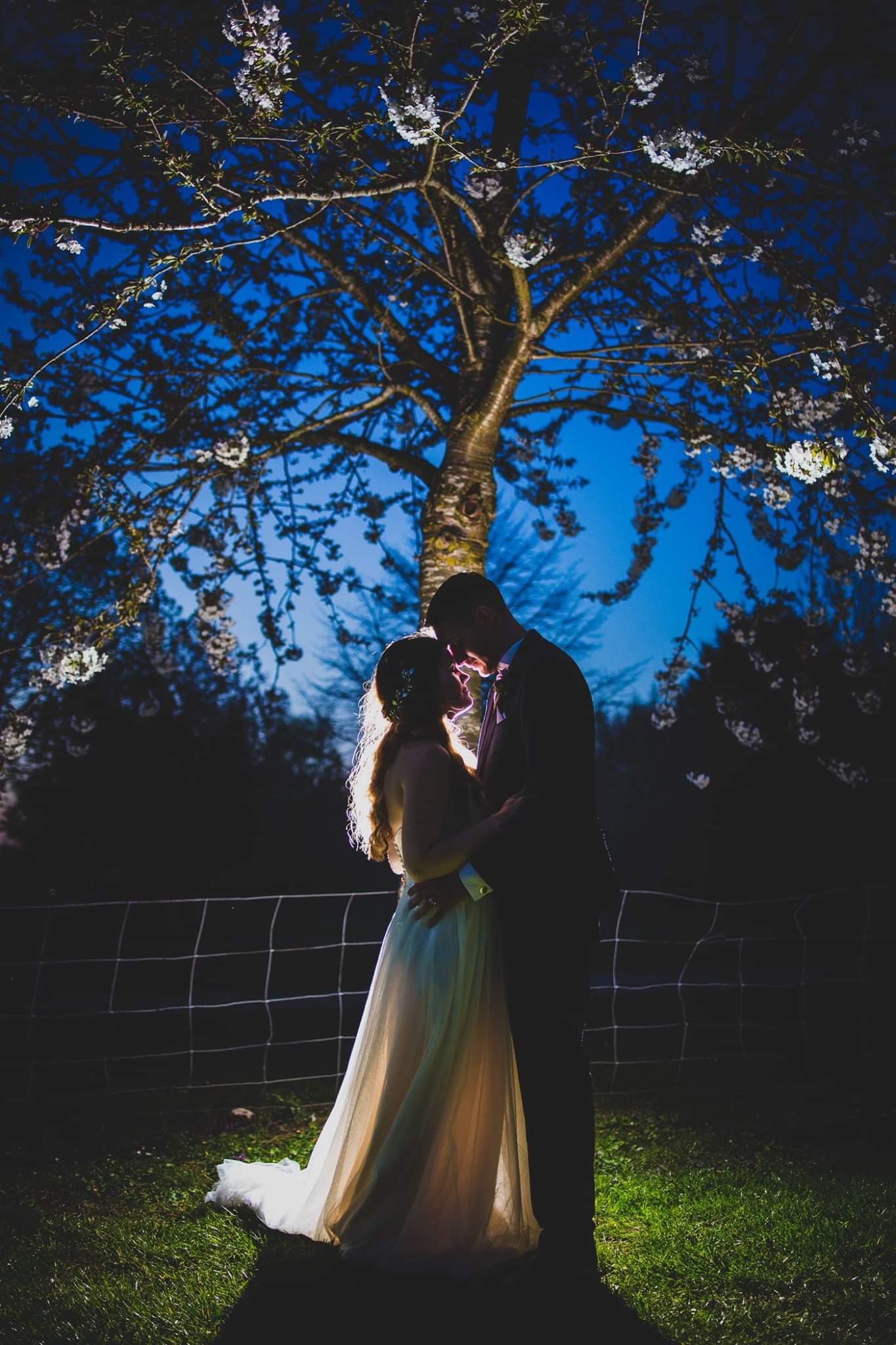 After the last few photos, we went back to spend the rest of the time with our guests.

As our wedding was a very child oriented wedding, most of our guests had left by around 9, which was fine by me because I was EXHAUSTED. We stayed with the last of our guests and then left around 11 to go to our hotel and pass out for the night.

It really was the perfect day, we were so lucky with the weather, the venue, the day itself was just brilliant. 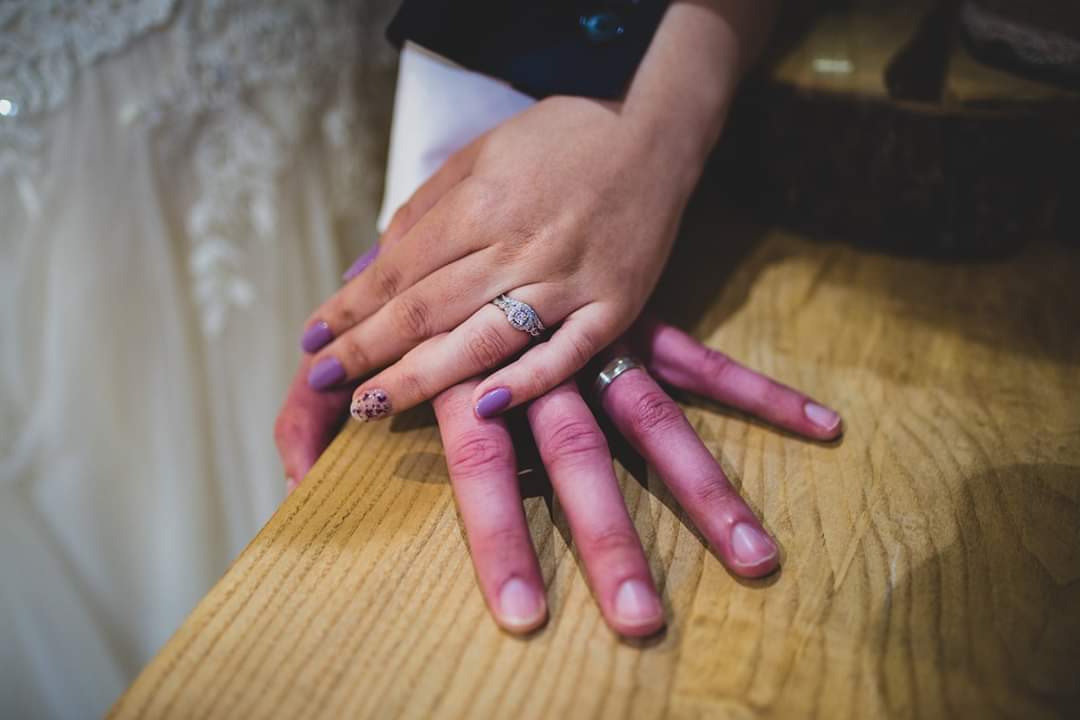 2 thoughts on “The Wedding Series – The big day.”

The Wedding Series – Tips and Tricks.